Drones and unmanned aircraft will be able to fly in the same airspace as manned aircraft under plans announced today by Blue Bear Systems Research Ltd and Cranfield University.

The partners intend to create NBEC (the National Beyond visual line of sight Experimentation Corridor). The corridor will stretch across Bedfordshire from Blue Bear’s headquarters in Oakley to Cranfield University’s Global Research Airport. Bringing together their respective capabilities, the team will be able to combine the best of academia with the best of industry creating a UK first ‘national’ asset.

The goal of the NBEC is to provide a safe, managed environment for drone/unmanned aircraft experimentation which will work towards their integration into controlled and uncontrolled airspace. Both Blue Bear and Cranfield believe the key to future drone operations is not segregation, but unification ensuring fair and equitable use of airspace for all.

The creation of NBEC will allow new technologies to be integrated and tested together with the involvement of industry and regulatory stakeholders to provide a national capability that accelerates leading edge research. 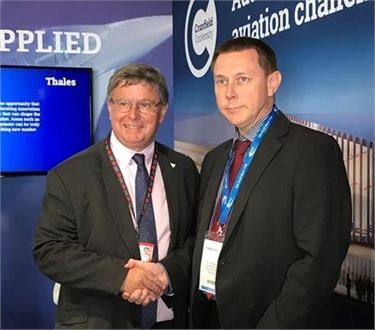 Ian Williams-Wynn, Managing Director of Blue Bear, comments “The UK drone industry is going through an exciting evolution and is poised for growth. Operation under BVLOS alongside cooperative and non-cooperative air traffic in a managed environment provides a unique opportunity to maintain the UK at the forefront of drone application development, and future adoption”

Professor Iain Gray, Director of Aerospace at Cranfield University, said: “The potential of drones and unmanned vehicles to boost UK productivity is well documented and the technology is well developed. However, there are understandable regulatory concerns that need to be overcome about how they operate alongside manned aircraft”.

“In partnership with Blue Bear Systems Research, Cranfield is aiming to create an environment which will enable the UK to pioneer the integration of manned and unmanned aircraft.”

NBEC will be operated with both Blue Bear and Cranfield running their respective systems but also providing a capability that allows other organisations to test their UTM concepts in a safe managed environment and develop regulatory frameworks. Initially, part of the NBEC will be 5G enabled as part of the current Department of Culture, Media and Sport 5G programme, with future plans to enable the entire corridor.

It is hoped that others operating in the unmanned vehicles world will take advantage of NBEC allowing experimentation with unmanned freight/logistics for both road and air, connected autonomous vehicles (CAV), and the infrastructure that goes with it.

The core NBEC location is rural, allowing safe experimentation areas away from major roads and urban areas. It is surrounded by core CAV testing locations and infrastructure such as Millbrook and Milton Keynes, making it the perfect location to become the future hub of UK unmanned systems experimentation. 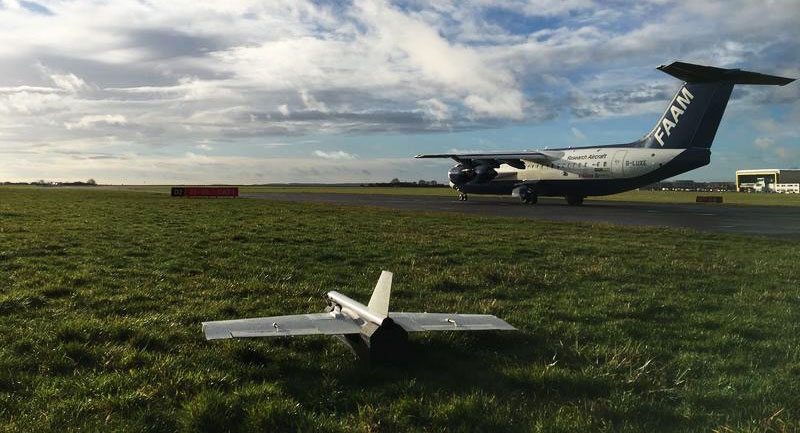 The National BVLOS Experimentation Centre (NBEC) will become the primary choice for industrialists, innovators and regulatory stakeholders to undertake research into candidate UAS and UTM solutions in unsegregated airspace against the emergent set of regulatory benchmarks.